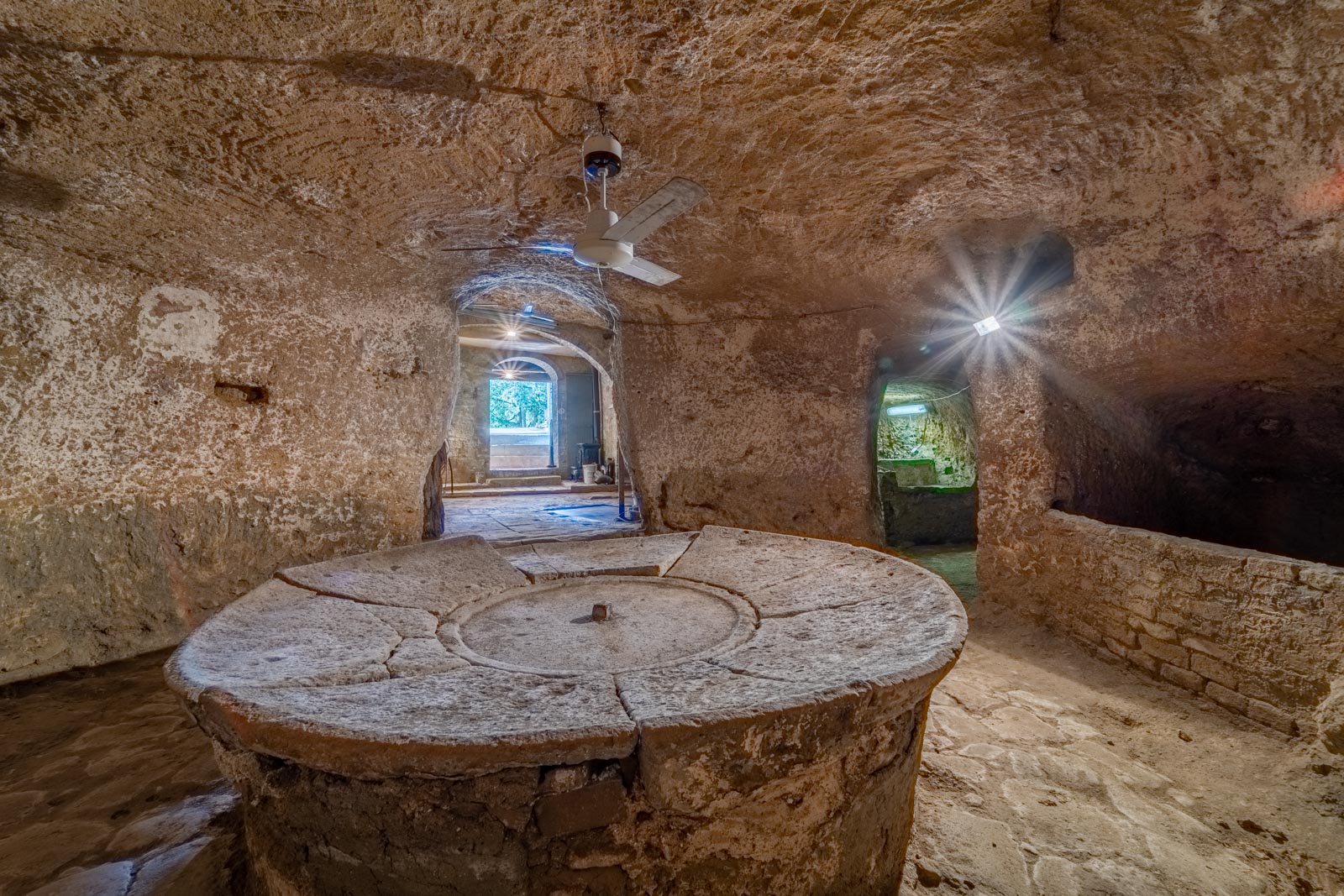 The small borgo of medieval origin, located off the road connecting Volterra and Colle di Val d'Elsa, was under the jurisdiction of the Bishop of Volterra and, over time, has long been a point of contention. In 1199, at the same time as the peace agreement between Colle and San Gimignano, the village came under the influence of Colle. In 1224, Frederick II had confirmed the jurisdiction of Volterra, although in 1227 the municipality of Colle considered the borgo as its own. As a result, the Diocese of Volterra brought an action against the Municipality of Colle to repossess the village and regain its rights, but the attempt failed due to the financial difficulties of the Bishop of Volterra. Towards the end of the 14th century, the Tuscan vicar of Charles of Anjou, by order of Pope Gregory X, confirmed the possession of the borgo to the Bishop of Volterra. The Casa Caverna for sale is located on the edge of this characteristic hamlet, which can be reached through an impressive avenue of cypress trees. It consists of a restored former barn (about 80 m²) with cellar, two outbuildings and a private garden of about 400 m². A terrace covered with flagstones and bricks leads to the ground floor of the restored barn with a bright kitchen, a living room with fireplace and small work corner, and a WC with washing machine. An internal staircase leads to the sleeping area with two bedrooms and a bathroom. The restoration was done in typical Tuscan style with chestnut wood beams and terracotta tiles. In the basement, accessible from the outside, there is an impressive cellar of about 65 m² dug into the tufa, where the olives of the area used to be pressed. There is still the original millstone with its rounded stone blocks on which the donkey-driven millstones turned. A small part of the cellar was used for wine making, of which the old equipment in the cellar still bears witness. The larger outbuilding (approx. 20 m²) has been restored and has a small kitchen, a bedroom and a mini-bathroom. The smaller outbuilding (approx. 12 m²) has been restored in its raw state, is currently used as a storeroom and is surrounded by a garden of approx. 400 m², which also houses the gas tank. Distances: Restaurant 1 km, nearest village with basic amenities 2.2 km, Colle Val d'Elsa 10 km, San Gimignano 15 km, Volterra 18 km, Siena 35 km, to the sea (Cecina) 60 km.