Estate with agriturismo in the UNESCO-Casentino National Park 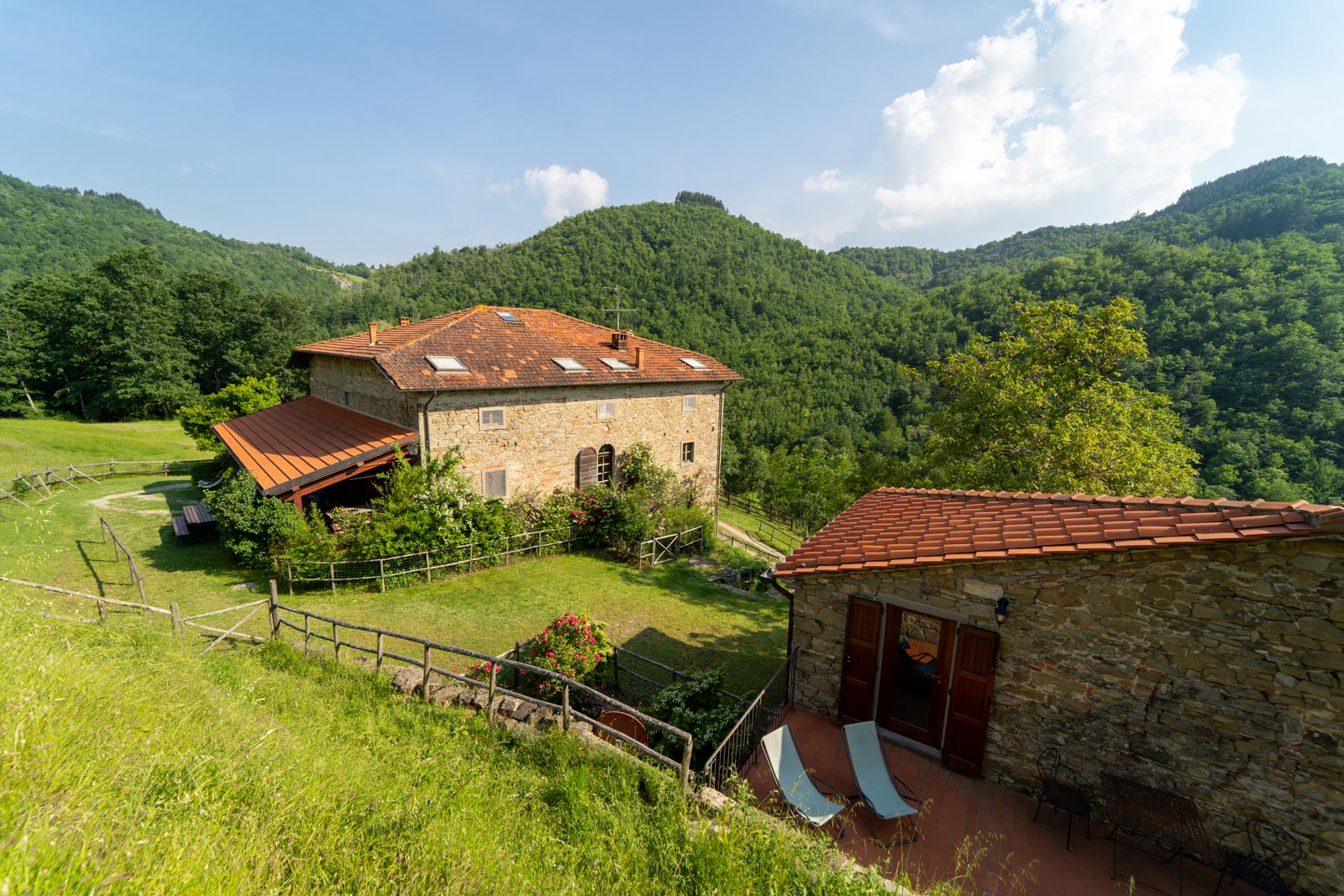 The property is located at 660 m.a.s.l. within the Casentino National Park and 8 km as the crow flies from Monte Falterona, the source of the Arno River. The park was established about 25 years ago and was awarded the highest degree of protection by the European Union for its ecological value, which makes the area unique on the European scene, receiving the European Diploma of Nature Conservation every year for its management. The park is a UNESCO World Heritage Site and received the highest environmental certification for protected areas in the world in 2021 when it was added to the IUCN Green List. The building, which is located within the boundaries of this national park, was constructed in 1878 on walls of an ancient structure dating back to the 11th century. The three-storey building (approx. 750 m²gross) was acquired by the current owner in 1989 and fully restored for agritourism use in 2000, respecting the architectural features of the area. On the ground floor on the west side of the house there is the original kitchen with fireplace, two bathrooms and a cellar, and on the east side there is a stable with 6 boxes for horses, a storage room and on the north side a garage. The first floor is divided in the western part into the owner's private flat (kitchen-living room, two bedrooms, bathroom, storage room), while the eastern part is used for agritourism with an open loggia of about 50 m², office, large dining room, kitchen of the restaurant, pantry and toilet for the staff. On the first floor there are 5 bedrooms with a total of 21 sleeping places, of which 1 room with en-suite bathroom and 4 toilets with 4 showers in the corridor for the other 4 rooms. Not far from the main house is a restored guest house (approx. 100 m²gross) , the ground floor of which is divided into a kitchen-living room and a bedroom with bathroom, and the upper floor into two bedrooms each with bathroom and large terrace. The house also has a bathroom with an external entrance. The agriturismo with restaurant as a whole is licensed for 35 beds. The arrangement of the rooms allows differentiated use from double rooms with bathroom to family groups and singles. The large rooms on the 2nd floor of the main building with 4 to 8 beds each are particularly suitable for groups. The total area of the agricultural property is about 10 ha, of which 2 ha are deciduous forest with holm oak, hornbeam and alder, and 8 ha are meadows and arable land. Among the latter, there are two fenced plots of about 1 ha each, one of which has been used as an area for raising rabbits and the second for the organic cultivation of fruit trees of old Casentino varieties and as their genetic bank. The flatter part of the land is used for the cultivation of organic saffron (about 1,000 m²) and as an irrigated vegetable garden (about 500 m²). To the north of the building is a pasture area of about 1 ha, where horses are currently kept. The guest area and the private area have gas heating with radiators fed by a propane gas tank, but the private area is preferably heated with wood. The water supply is from a private well. Internet via directional radio link. Distances: Stia 5 km; Poppi 15 km; Arezzo 50 km; Florence 54 km.